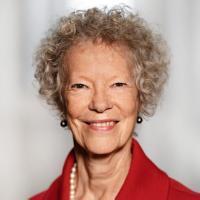 L. Schøsler began her studies of Romance Philology at Odense U in 1966. From 1972 to 1989 and from 1990-1997 she was first research assistant, later Assistant Professor of French at Odense U. From 1989-1990 Schøsler was Assistant Professor at Eurotra-DK, responsible for the elaboration of the Danish-Italian electronic dictionary and for the creation of a semantic component. She was appointed Full Professor of Romance Philology at the U of Copenhagen in 1997. Since 1991 she has participated in several research programmes on the following topics: verbal valency, computational linguistics and valency, interactive syntax-training on computers, spoken French, electronic communication, variational linguistics, grammaticalisation. Schøsler has supervised twelve PhD-students in the following topics: valency (Danish and Spanish), French syntax, language change, French Philology, Latin word order structure. She has participated in several University and Doctoral School evaluation projects in Sweden and in France, and regularly evaluated projects for research councils in France, England, Norway, Belgium, and Sweden. Schøsler has been an invited speaker and visiting Professor at universities in Australia, Belgium, Canada, England, Finland, France, Germany, Hungary, Iceland, Italy, Japan, the Netherlands, Norway, Romania, Russia, Switzerland, Spain, Sweden, and the USA. She has organised more than thirty seminars and conferences, e.g. the XVIth International Conference of Historical Linguistics (2003 at U of Copenhagen), the Congrès de Romanistes Scandinaves (at U of Copenhagen 2005) and sections at the Congrès International de Linguistique et de Philologie Romanes (2004, 2007).