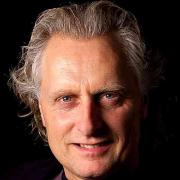 Associate Professor Joe Goddard lectures, teaches, and writes on American politics, society, and contemporary American history at the Department of English, Germanic, and Romance Studies, Copenhagen University. Major research projects have focused on the intersection of the city and the environment since 1945, while pilot projects have dealt with the role of race and gender in the 2008 elections, the construction of the American Bicentennial, the role of children's literature in the creation of environmental ideas, and immigration in contemporary America. Goddard co-ordinates his research within the informal Contemporary America project and network established with Professor Russell Duncan.

Goddard's publications include Contemporary United States: Democracy at the Crossroads (2022, forthcoming: w. Russell Duncan) Bloomsbury, London; “Landscape and Ambience on the Urban Fringe: From Agricultural to Imagined Countryside” (2009) in Environment and History, White Horse Press; “Virginia Lee Burton's Little House in Popular Consciousness: Fueling Postwar Environmentalism and Anti-urbanism?" (June 2011) in the Journal of Urban History, Sage Publications; “Mickey’s Trailer and Environmental Thought: Disney Cartoons and Countryside” (2016) in American Studies in Scandinavia. 48:2; and “Celluloid Cityscapes: Kids, Cars, and Cartoons in the United States, 1938-1965,” (2021) in the Journal of the History of Childhood and Youth. 14/2.

Goddard has given presentations, lectured, or chaired panels at conferences in the US, Europe, and Asia. Goddard has been on and supervised doctoral evaluation and hiring committees at the University of Copenhagen and Aalborg University.

Goddard has taught at the University of Copenhagen since 1997. He has also taught at Aalborg University from 2011-2012; Copenhagen Business School from 1996-2002; and is a current member of the CBS examiners' corps. Goddard has taught undergraduate and elective courses, as well as on the MA program. He has advised around eighty Master's thesis students and thirtyish Bachelor projects. Goddard organizes academic excursions to the U.S. under the auspices of the Contemporary America Project (Washington D.C.; Boston, Mass; and New York City). The excursion engages major political institutions, think tanks, experts, and cultural luminaries in a continuing dialog. Cumulatively, perhaps three hundred students have taken part.