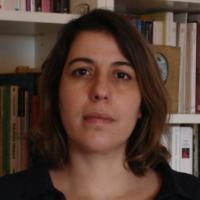 Research Assistant in Portuguese and Brazilian Studies. My research focuses on the relationship between cinema, culture, and society. On this issue, I am preparing a volume on how cinema has represented the evolution of contemporary Portugal. This research questions how Portuguese cinema depicted the different political and social main events that occurred in the country from the sixties until 2015 (e.g. Dictatorship, Revolution, Europeanisation and Postcolonial contexts) and contributed thus to a better understanding of the Portuguese society.

Currently, I am working on the following projects:

1)    The impact of the financial and social crisis on Portuguese and Spanish film productions and narratives. More precisely, I am studying how the same event – the European financial crisis – affected and was perceived by both cinemas between 2008 and 2016. Through a comparative approach, I intend to explore the existence of a certain Iberian affinity in dealing with this major event.

2)    The Brazilian cinematographic production (2014-2019) and how the emergence of the “New Right” has affected it. I am particularly interested in looking at cinema understood as a political instrument shaping social and cultural representations, as well as in questioning how film narratives and aesthetics suggest this relation between politics and artistic production.