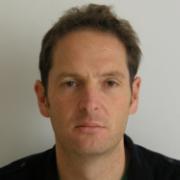 I am currently working on a book on the visual culture of nineteenth and early twentieth-century France. It explores the ways in which movement has been captured by means of a broad range of images, including works of art, photography, early film and various optical devices.  It asks what these images tell us about the shaping of our bodily habits in a modern urban environment and about the place of the representation of movement in the formation of a particular cultural moment, that of dawning modernism. Central to the project is the study of the interrelations between three key figures - Degas, Marey and Bergson – who each in their own way have played a major role in renewing our ways of imagining, understanding and figuring movement.

The above project has in part developed out of an essay on Degas’s sculptural work, co-authored with neurophysiologist Professor Jonathan Cole (Poole Hospital and Southampton University, School of Medicine, Clinical Neurosciences), a specialist in disorders affecting body-position sense (see Moving Imagination, ed. by Helena De Preester, 2013). It is also informed by current research in anthropology, in particular sensory anthropology, which I use to try to understand historical transformations in the nature and function of images, as well as the cultural history of vision and visuality.

My earlier book, Lévi-Strauss, Anthropology and Aesthetics (CUP: 2007), which explored the place of aesthetic ideas in anthropological discourse, was centrally concerned with the theory of the image implicit in Lévi-Strauss’s excavation of an ‘untamed’ mode of though (pensée sauvage) at work in culture.  It looks at Lévi-Strauss’s writings on ‘primitive’ (e.g. Northwest coast masks) as well as Western art (Clouet, Poussin, Duchamp, his famous critique of abstract art, etc.). One the book’s aims is to use aesthetics to explore the limits of the structuralist paradigm.

In the special issue of the journal Paragraph that I co-edited, Claude Imbert in Perspective: Creation, Cognition and Modern Experience (2011),  I went on to take up a number of the questions about the image previously addressed through anthropology in a philosophical context. My essay ‘Kaleidoscope’, in that volume , addresses Imbert’s notion of the ‘metamorphoses of the visual’ and is, in part, concerned with the theory of colour.

As a collaborator on the International Rhetoric Culture project (www.rhetoricculture.org) launched by anthropologists Ivo Strecker and Stephen Tyler, I have also been working on the rhetorical figure of chiasmus. I have approached it as an organising trope that informs certain conceptions of the self/other relationship, and as an ideal model for interdisciplinarity. This has led to a co-edited volume: Chiasmus and Culture, Berghahn, 2014 (Studies in Rhetoric and Culture series).

I welcome inquires from students relating to the supervision of dissertations (BA, KA. PhD) in areas connected to the research outlined above and more generally in most areas on 19th and 20th c. French studies, in particualr society, culture and history.

I teach and have taught on a wide variety of courses concerned with the history, society, literature and visual culture of France and the Francophone world. For example, in 2009, I offered a course (‘Image and Revolution’) on the visual representation of  three revolutionary moments: 1789; 1830 and 1848. Works studied included: Jacques-Louis David’s Le Serment du jeu de Paume ; Eugène Delacroix’s La Liberté guidant le peuple ; Francois Biard’s L’abolition de l’esclavage dans les colonies françaises and the film Danton by Andrzej Wajda.

I have taught extensively on French cinema, working on historical questions through film as well as on film aesthetics and sequence analysis. In this context I have covered the history of French Cinema from the 1930s to the 1990s  (e.g.: Jean Vigo, Jean Renoir, Marcel Carné, Henri-Georges Clouzot, Jean Rouch, Jean-Luc Godard, François Truffaut, Jean-Pierre Dikongué-Pipa, Louis Malle, Krysztof Kieslowski, Leos Carax, etc). I also currently teach a course on Algeria as seen through film and art.

I also have an ongoing interest in contemporary French politics and culture, roughly from the foundation of the Vth Republic in 1958 to today. Topics covered in this context include: immigration, the banlieues, political parties, the education system and laïcité.