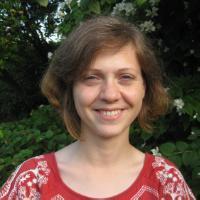 I am a social and cultural historian whose research focuses on the history of modern Europe and its global connections, history of war and violence, and history of the 'psy' sciences. I received my PhD in modern European history at Columbia in 2012, and, before joining ENGEROM in August 2020, I worked at several UK and US universities. My first monograph, Therapeutic Fascism: Experiencing the Violence of the Nazi New Order, was published by OUP in 2017, and I am currently completing the second one, titled Non-aligned Psychiatry in the Cold War. My research interest revolve around the relationship between psychiatry, politics and violence, as well as
the decolonisation of psychiatric practices and concepts in the second half of the 20 th century. I am currently heading an ERC-funded project ‘Decolonising madness: Transcultural psychiatry, international order and the birth of a “global psyche”’.

‘Living in the age of Axis internationalism: Imagining Europe in Serbia before and during WWII’, European History Quarterly, 48:1, 2018

ERC StG: Decolonising Madness? Transcultural psychiatry, international order and the birth of a 'global psyche' in the aftermath of the second world war

This project tackles the debate on the universality and cross-cultural applications of the notions of mental health and illness by offering an inter-disciplinary account of the historical origins and development of transcultural psychiatry and of the concept of ‘global psyche.’ It offers a first systematic account of the decolonisation of psychiatry and mental health sciences, and argues that the concept of universal, global psyche emerged in the aftermath of WWII and during decolonisation, when Western psychiatry strove to leave behind its colonial legacies, and lay the foundation for a more inclusive conversation between Western and non-Western mental health communities. In this period, leading ‘psy’ professionals across the globe set about identifying and defining the universal psychological mechanisms supposedly shared among all cultures (and 'civilisations'). The project explores this far-reaching psychiatric, social and cultural search for a new definition of 'common humanity', which developed in an increasingly inter-connected and culturally diverse global context, and examine the historical forces that drove it.

How did psychiatrists and anthropologists from all over the world re-define the relationship between culture, race and individual psyche following the end of the Second World War and colonialism?

What was the role of experts from the Global South and Eastern Europe in this transformative process?

Did this new global and transcultural psychiatry succeed in departing from the erstwhile colonial frameworks?