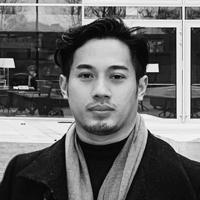 The ten-yearly census data published by the National Geography Institute (INEGI) in Mexico in 2010 showed that at least 3,760 Muslims reside in Mexico, 1,178 of whom live in Mexico City. The rapid inauguration of Islamic centres and mosques in Mexico exemplifies the accelerating growth of the Muslim community, which has been present in the country for more than 500 years as a result of the Spanish conquest, slavery, and migration. Most of the ‘new’ members of the Muslim immigrant population have settled in the country during the past three or four decades and are more racially and ethnically diverse than those who have been in Mexico for a longer time. However, little is known about those Muslim immigrants who currently reside in Mexico. This is because there has been no significant in-depth research on the presence of Muslim immigrants, how they adapt to the Mexican lifestyle, or their experiences of migration in general.

The primary purpose of this research is to therefore examine the acculturation experiences of Muslim immigrants in Mexico by focusing on dimensions of religious maintenance as well as immigrants’ participation in the host society in their daily personal and social lives. Rather than assuming that their religious characteristics are of ongoing importance, a better option is to consider the specific means by which immigrants understand or demonstrate religious meaning and identity in daily interrelationships. Furthermore, one factor that facilitates or restricts the process of integration is the perception of host society towards Muslim immigrants or Muslims in general. This research therefore seeks to understand public opinion in Mexican societies with respect to the Muslims who live among them. To achieve this aim, a phenomenological approach will be employed using qualitative methods such as extensive interviews, participant observation, and text analysis.