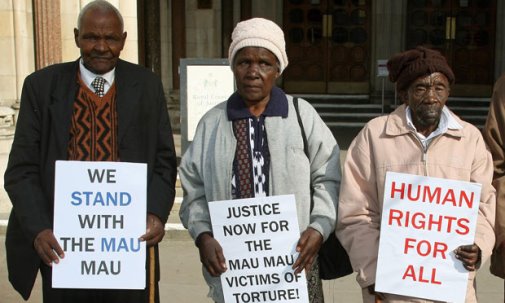 Mau Mau on Trial: History, Law, and Memories of Empire

Caroline Elkins is Professor of History at Harvard University. She is the editor of Settler Colonialists in the 20th Century (with Susan Pedersen, 2005), and her book, Britain's Gulag: The Brutal End of Empire in Kenya, was awarded the 2006 Pulitzer Prize for General Non-Fiction. It was also selected as one of the Economist's best history books for 2005, was a New York Times editor's choice, and was a finalist for the Lionel Gelber Award. Professor Elkins is a contributor to The New York Times Books Review, The Atlantic, and The New Republic. She has also appeared on numerous radio and television programs including NPR's All Things Considered, BBC's The World, and PBS's Charlie Rose.

Professor Elkins is currently working on a major project about British counter-insurgency operations after the Second World War, with case studies including Palestine, Malaya, Kenya, Cyprus, and Nyasaland.

She recently served as an advisor and expert witness for the five Kenyan claimants against the British Foreign and Commonwealth Office in London's High Court of Justice, which revisited the dark corners of British violence and decolonization in Kenya in the 1950s.