The British Empire: Ramshackle or Rampaging? 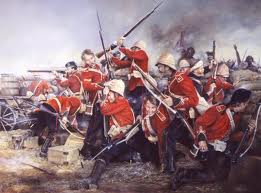 John M. MacKenzie is Professor Emeritus of imperial history at the University of Lancaster. He is the UK’s leading scholar on popular imperialism. Until recently he served as the chief editor of the highly successful Manchester University Press Studies in Imperialism series, now approaching its 110th volume. He now holds honorary professorships of Aberdeen, Stirling and St. Andrews Universities, as well as an honorary fellowship of Edinburgh University. His most recent publications include an edited volume on European empires and the people: popular responses to imperialism in France, Britain, the Netherlands, Belgium, Germany and Italy (Manchester, 2011), Scotland and the British Empire, co-edited with T. M. Devine for the Oxford History of the British Empire Companion Series (Oxford, 2011), and Museums and Empire: Natural History, Human Cultures and Colonial Identities (Manchester, 2009). His early book on Propaganda and Empire: The Manipulation of British Public Opinion (Manchester, 1984) still manages to massively influence the discipline.