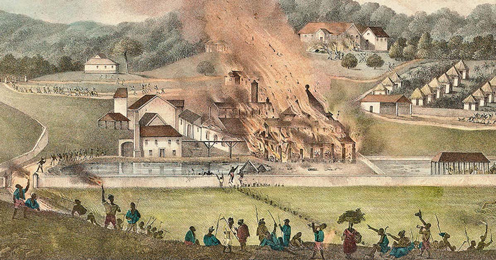 The revolutionary uprisings of the Age of Revolution shook both Europe and the West Indies in the late 18th and early 19th centuries. What part did Gothic literature play in imagining and making sense of the revolutionary events in France, Saint-Domingue and Jamaica?

Send an email to Stephanie Volder if you want to sign up, and you will receive a Zoom-link.

Organizer: Uses of the Past and Centre for Nineteenth-Century Studies (Aarhus University)