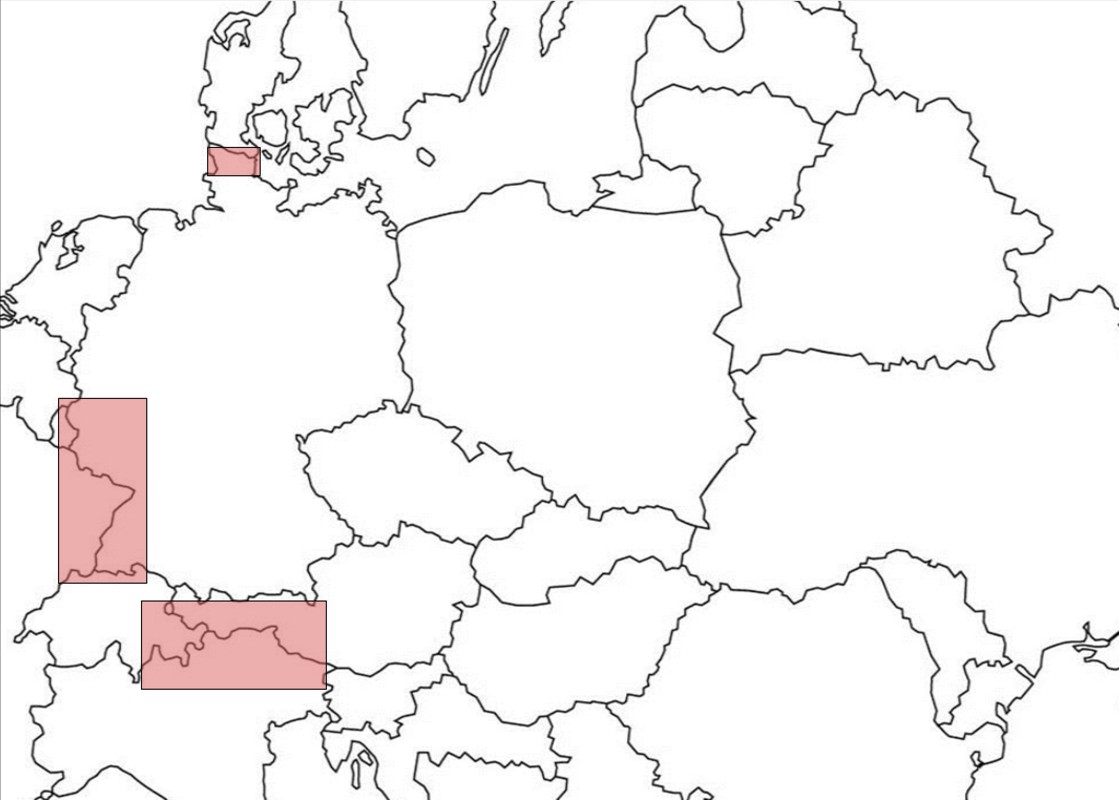 In 2020 Denmark and Germany celebrated the 100th anniversary of the current Danish-German political border, which appeared on the European map as a result of a referendum held within the border region. This event is known as “Genforeningen” (“the reunification”) in Danish historiography. Other European regions were also affected by a shift of political borders in the aftermath of World War I. These borders have in common that they divided multilingual territories which are characterized by long-lasting language and dialect contact. At the same time many European cities have increased their multilingual character due to immigration, seeing the emergence of new neighbourhoods, sometimes definable within micro-geographical borders.

With our conference we wish to shed light on the significance of borders for the contact varieties used in multilingual territory, both in a structural and a sociolinguistic perspective. We aim to improve our understanding of possible common and unique features in different contact situations.

If you would like to take part in the conference, please register before 17 August. Max capacity 50 participants, participation is free, but enrollment is necessary.

Please note, that the conference will only take place on-site at the University of Copenhagen and will not be streamed online.

Register for the conference here.

Section B - Contact between neighbour languages in a European perspective

9.45 – 10.30: Rahel Beyer (Mannheim): Do the Germanic varieties of East Lorraine (France) still belong to German? Evidence from the form of autochthonous near-standard speech

View on map of the Faculty of Humanities - South Campus.

View map of all campuses at University of Copenhagen.