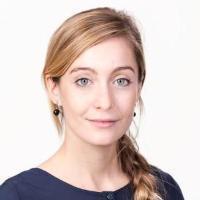 I am a historian interested in questions of national, regional and other collective identities, memories and transnational connections. My work has focused on Spain and Western Europe in the nineteenth and twentieth century in the last years but is not restricted to these geographical areas. In my current postdoctoral research on the project ‘Book of Books’, I explore Spanish-Danish cultural and political relations as well as the legacy of Hernando Colón’s Libro de los Epítomes in Denmark in the 17th century.

I completed a BA in Medieval and Modern History and Political Science at the University of Heidelberg and a MA in History at the same institution. After that, I worked on questions of (trans)national memories as a Research Fellow at the Department of Contemporary History in Heidelberg. In 2020, I was awarded my PhD in history at the University of Oxford where I analysed the transnational connections and competing ideas of region and nation of Early Catalan Nationalism in the late nineteenth and early twentieth century.

At the University of Copenhagen, I coordinate the Center for the Study of Nationalism and I am co-convenor of the Global Europe History Forum.

I am keen to supervise projects that relate to my research interests.

-        Memory cultures and politics of memory

Other areas of interest: