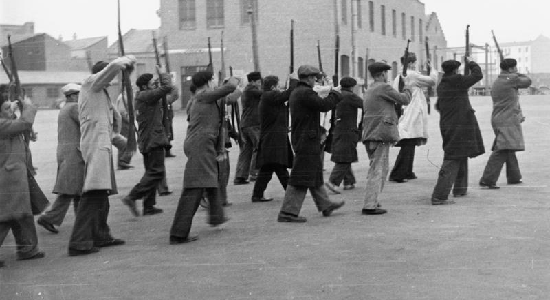 Foreign Fighters: Past, Present and Future

To what extent is it possible to conceptualize a global history of transnational war volunteering? That is the main challenge of this project one that deserves to be subjected to further academic scrutiny to better understand the marked proliferation of transnational war volunteering today. Thus, its overriding ambition is to offers key conceptual registers to better comprehend the rapid emergence of foreign fighters in contemporary and future conflicts.

Between WWI and WWII thousands of Europeans were spurred into action by political struggles in their home societies, and to many of them, the Spanish Civil War represented the last great cause. Contrary to widely held claims, though, the men in the International Brigades were ordinary, neither mythological heroes nor Kremlin mercenaries. Although material incentives have clearly been a recurring motivation from the early modern period onwards, this project contends that individual motivations such as patriotism or political idealism played a central role in conjunction with the persistence and the reactivation of former volunteers’ networks, legacies and memories.

Historiography rarely concerns itself with investigating the capacity that war volunteering has to endure and persist across time. That is, the continuation not only of memories and ideals passed down from one generation of fighters to another, but also its ability to reactivate itself as soon as a new movement of volunteers begins. In that direction volunteering during the Spanish Civil War and the European resistance movements formed part of a longer tradition, dating back to 19th century. Transnational war volunteering among left-wing activists did not disappear even after the defeat of fascism. Moreover, the experiences of war volunteering during the antifascist struggle (1936-45) and the early Cold War period (1945-62) were inextricably connected. There was continuity not only in practices (e.g. the use of guerrilla in cold war conflicts) but also in the personal profiles of participants (e.g. veterans of the Spanish Civil War who took part in the Cuban Revolution, or former Italian partisans joining the anti-French guerrilla in Indochina and Algeria). Seemingly, these practices have continued after the fall of the Berlin Wall.

volunteering from the antifascist struggle of the 1930s to Cold War and post-Cold War conflicts?

Foreign Fighters: Past, Present and Future has received funding from the Carlsberg Foundation