Situated in the theoretical framework of memory studies, this project investigates the transmission of memories across geographical, mental and mnemonic borderlines. More specifically we will explore how memories of Yugoslavia and the Yugoslav Wars are transmitted and shared in Scandinavia, the UK, Germany and Bosnia and Herzegovina through the medium of migrant literature. 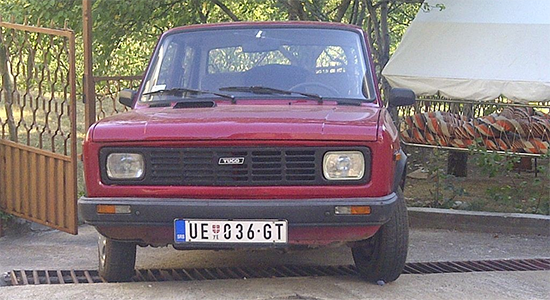 The project investigates to what extent literary writings may enable readers to get a deeply felt understanding of (traumatic) events that have taken place in a distant area and thus to develop solidarity with experiences of others. To this end, this project will develop a method for investigating the reception of historical memory in general and traumatic experiences in particular. Whereas the transnational circulation of memories is already a well-known process, the impact of such circulating memories on individuals and societies is not nearly so well explored. Furthermore, it is often overlook that memories not only travel from the place where the events happened but also are translated back to those places.

In order to answer the research question how and to what extent post-Yugoslav migrant literature circulates difficult memoriesacross borders and – as a consequence – how migration potentially affects the construction of cultural memory in general, the project sets out the following objectives:

In a time of increased migratory flows, it is of particular relevance to understand how migration changes the conditions for the construction of cultural memory and national identity. This project will do just that by investigating the impact of a pan-European wave of post-Yugoslav migrant literature on readers in Germany, Scandinavia, the UK and Bosnia and Herzegovina.

Combining literary, sociological, and historical studies, the project will develop a multifaceted method for investigating the interplay between migrant memories transmitted in literary works, the local reader, and the established frameworks of memory that govern what ought to be remembered and how. The method includes an investigation into lay readings through focus group interviews.

Conceptualizing the migrant’s transmission of (traumatic) memories into new frameworks of memories as mnemonic migration, the project investigates the ability of migrant authors to function as ambassadors for Yugoslav war memories in other European societies and to provide new discursive means that, in a reciprocal process, may be able to affect memory discourses in the authors’ home countries as well. Additionally, the project will create a survey of the pan-European trend of post-Yugoslav migrant literature, which does not yet exist.

Subproject 1: Literature as medium of Yugoslav wartime memories, conducted by Jessica Ortner, carries out the literary analysis of the corpus and investigates the following sub questions: What are the literary characteristics of writings that facilitate mnemonic migration of traumatic memories? How are the writings shaped (or not) to be intelligible and received in the migrant writers’ new home countries? Which hegemonic perceptions of the past does the author oppose (both in the home and the host country)? Considering the texts’ open-endedness and dependence on the actualization by the reader, Ortner will investigate the implied reader of the texts that reveals what the authors recognize as being forgotten in specific frameworks of memory and hence what the text is supposed to translate into the specific social framework(s). In particular, SP1 will explore the usage of the family novel as a means to stir empathy with the suffering of others and compare her literary readings with the assembled empirical data. Ortner is responsible for focus group interviews in Germany and Denmark.

Subproject 2: The circulation and reception of Yugoslav memories, conducted by Tea Sindbæk Andersen, investigates the following sub question: How does the mnemonic content of the writings relate to and interact with public discourses on migration and the Balkans in Scandinavia, Germany and the UK and how is this interaction reflected in the individual readings? SP2 will investigate how specific narratives of the Yugoslav past are being received in the migrant writers’ target countries, how they are remediated in other media (e.g. newspaper articles) and disseminated (trans)nationally in terms of sale numbers and translations. Based on studies of public media and individual reception studies, SP2 will explore how the narratives penetrate and challenge the mnemonic frameworks of the host countries. Andersen is responsible for focus group interviews in Denmark and Great Britain.

Subproject 3: The recirculation of migrant memories into Croatia and Bosnia and Herzegovina, conducted by Fedja Wierød Borčak, investigates the following sub question: How are the literary texts recirculated into the Bosnian-Herzegovinian context and what impact might they have in the local society and on local readers? Based on interviews and investigations of media discourses, SP3 studies the reception of literary accounts that have attracted much attention in the region. A basic hypothesis is that migrant writers have a unique vantage point in local public discourse, as they receive more critical attention and at the same time are less constrained within the highly politicised post-Yugoslav public spheres. By proposing alternative conceptual frameworks for thinking about the Yugoslav past, the texts might provide the discursive influence needed to affect local discourses on memory. SP3 will take a comparative approach, enabling us to see differences between the polycentric literary milieus that exist in Croatia and Bosnia and Herzegovina. Borčak is responsible for focus group interviews in Croatia and Bosnia and Herzegovina.

Mnemonic migration - transcultural transmission, translation and circulation of memory across and into contemporary Europe