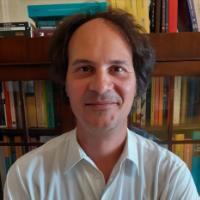 Associate Professor of Portuguese and Brazilian Studies. Brazil has been the focus of my education and research activities since my undergraduate studies. I have concentrated on the cultural and social history of Brazil in texts and contexts, always using an interdisciplinary approach that integrates history, social studies, cultural studies and literary studies. Specific subjects I have examined are the "alternative" press during the civil-military governments (master’s thesis) and the discursive constructions of collective identity and places of remembrance in essays, literature and institutional nation-building texts (doctoral dissertation). During my postdoctoral research I looked at south-south cultural relations, especially the transfers of ideas between Latin America and South Asia and the creation of a southern epistemology through these intellectual relations.

Current project: "New Approaches and Synergies in Nordic Latin-American Studies: Applying Area Studies in a Multipolar World" (2022-2024, project leader). In this new network, funded by the Nordic research councils in the Humanities and Social Sciences (NOS-HS), researchers from five Nordic universities (Copenhagen, Oslo, Gothenburg, Stockholm Helsinki) collaborate with the common goal to enhance Nordic research on Latin America. It brings together the rich and still not well known Latin American production in social and humanistic thought and Nordic expertise on challenges of global importance: 1) sustainable and fair energy transition, 2) the political alliance between the Nordics and Latin America in a new multipolar world order and under the challenge of climate change, 3) social cohesion building in times of pandemic and increasing incertitudes. The network explores these topics in three workshops. Together with Nordic scholars in social sciences and the humanities as well as representatives of government, business, and civil society, they elaborate new approaches to make possible the better understanding of these challenges.

Concluded project: Research on the ideological roots of the so called "New Right" in Brazil between 2016 and 2021. The findings were published in the monograph Brazil, Land of the Past. In this book I explain in detail how the diverse political actors of the “New Right” – which include tendencies from the authoritarian Bolsonaro wing to economic liberals to the military to both Catholic and evangelical religious conservatives – refer to a common tradition of ideas. This system of thought, with remarkable continuity and resilience, has its core in the defense of a God-given hierarchical order against any social contract and modernizing relativization. Though not always explicitly, the ideology provides the underlying premises of the “New Right’s” political action and drives the self-declared “liberal-conservative” – but rather anti-modernist – reaction. This analysis allows to understand the main claim of liberating an imaginary authentic “Brazil” from an aberrant “State” – and why so doing intends to preserve inherited privilege in an extremely unequal society.

Previous projects: Postdoctoral research on Migrant Literature as an Expression of Transculturality; Postdoctoral research "Sur/South – América Latina – India” on intellectual relations and the transferral of ideas between Latin America and South Asia South-South cultural relations (intellectual relations and transfers of ideas between Latin America and South Asia); Joint research project in collaboration with the Pontifical Catholic University of Rio de Janeiro (coordinator) "When Inclusion Masks Exclusion: Disempowerment and Depoliticization of Minority Issues through 'Harmonizing' Discourses" (external funding by the International Network Programme 2014 of the Danish Ministry of Higher Education and Science) published as special issue in Brasiliana – Journal for Brazilian Studies; Research project on cultural relations Brazil-Africa "Pioneers of a South-South Dialogue: The Cultural Periodical Sul (1948–57) in Florianópolis, Brazil"; Joint research in collaboration with the University of Brasília (co-coordinator) about literature, genre and its relations to other arts like film and music, with a special focus on popular literature or so called “sub”-literature, concluded by organizing in Copenhagen the International Conference Contrabandos literários, resistências epistêmicas.