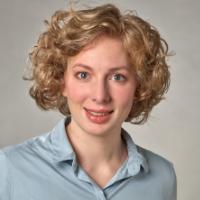 My PhD project is entitled ‘The Local Gothic’ and examines how Gothic literature developed in connection with the change of setting from Southern Europe to Great Britain, and in this connection, how this change influenced British national identity. I primarily focus on the novels published by The Minerva Press in the years 1789-1830. I have previously published on the Gothic devil’s development from early- to late Romanticism.

I teach English Gothic literature, including Radcliffe and Lewis, and have previously taught the BA-course Introduction to English Literature 1 and 2. My primary teaching interests are in the British- and to some extent American literature, the Middle Ages – and the retelling of this in modern and contemporary literature, Romanticism and particularly Gothic literature.