In recent years, plurilingual education has been subject to growing interest within educational research. The so-called pluralistic approach is based on students’ language resources and seeks to build bridges between languages (Danish, foreign languages, first languages, other languages) in order to enhance all learners’ communicative competence and language awareness (LA). From our perspective, all foreign language learners are plurilingual, and minority students are defined as having, in addition, other first languages than the majority language.

Despite the extensive use of the LA concept since 1984, a systematic empirical research on minority and majority learners' development of LA through plurilingual education across educational levels is still lacking in order to further theoretically develop the field of study. Based on curriculum analysis (macro level) and focused linguistic ethnography (nano level), the project investigates how minority and majority students develop LA in the context of plurilingual education in primary and lower secondary language education and in the course Almen Sprogforståelse in upper secondary education.

The project starts in October 2020 and lasts three years.

Plurilingual education, however, is far from well-established on a macro level (the national curricula) and on a micro level in educational practice (Beacco et al., 2010; Blackledge & Creese, 2010; Daryai-Hansen et al., 2015; Holmen, 2019). In Candelier et al.’s (2007) terminology, the singular approach to languages, which develops learners’ communicative competences by concentrating exclusively on the target language, still predominates the pluralistic approach, which is an approach based on minority and majority student language resources that seeks to build bridges between languages (Danish, foreign languages, first languages, other languages) in order to both strengthen all learners’ communicative competence and develop their language awareness (see also Bono & Strilaki, 2009; Duarte, 2018; Psaltou-Joycey & Kantaridou, 2009; Vorstman et al., 2009).

From this perspective, on a nano level, all foreign language learners are plurilingual, and minority students are defined as having, in addition, other first languages than the majority language. García, Johnson & Seltzer (2016, xi) emphasize that translanguaging has three dimensions: At the micro level, it is a pedagogical strategy called on by teachers. At the nano level, translanguaging is both a communication practice and a cognitive strategy drawn on by students, deploying the wide range of their linguistic resources and their language awareness.

The term language awareness (LA) can be traced back to Hawkins (1984). In the research literature, there are different perceptions of LA. The Association for Language Awareness defines LA broadly as “an explicit knowledge about language, and conscious perception and sensitivity in language learning, language teaching and language use” (ALA, 2018). In language research the term LA is often used synonymously with linguistic awareness (Jessner, 2006; Masny, 2010) andmetalinguistic awareness (Roth et al., 1996; Roberts, 2011), despite terminological ambiguity between the concepts (Baker & Jones, 1998; Gnutzmann, 1997; James, 1999; Jessner, 2008). L1 research (L1=first language, L2=second language, etc.) has mainly been concerned with LA in relation to learners’ literacy (Elbro, 2006; Elbro & Arnbak, 1996; Juul, 2002; Myhill et al., 2012, 2016; Petersen et al., 2015; Pinto, 2015; Zipke, 2008) or to the term textrörlighet (Liberg et al., 2012). In L2/L3 research, LA has been drawing on a plurilingual education for decades (in the Danish context e.g. Færch, Haastrup & Phillipson, 1984; Hansen, 1998). Based on a holistic (Cook, 1991) and additive (Cummins, 2000) approach, L2/L3 research has criticized the monolingual habitus in the multilingual school (Gogolin, 1994) from a minority students’ perspective (see e.g. Holmen, 2011, 2019; Horst, 2017; Kristjánsdóttir, 2018) and has argued that bridging between all learners’ language resources develops synergies that support minority and majority learners’ language acquisition and develop their LA (Coste, Moore & Zarate, 1997/2009; Jessner & Allgäuer-Heckl, 2016). Research stresses that by attributing equal value to all languages represented in the classroom, including protecting, promoting and acknowledging minority languages (Auger, 2014; Cenoz, 2017), a language integrated learning space has a scaffolding function (Allard, 2017; Duarte, 2018). A study by Hamers (2000) shows that plurilingual education integrating minority learners’ L1 has a measurable effect on the development of minority learners’ LA and their development of other language competences. Reich & Krumm (2013) emphasize that when learners develop LA by drawing on their various language resources, all learners’ general language education (“Sprachbildung”) is also strengthened.

Both L1 and L2/L3 research are interested in the impact that age has on LA (Brooks & Kempe, 2013; Lasagabaster, 2001; Roehr, 2006; Tellier & Roehr-Brackin, 2013). Edwards & Kirkpatrick (1999) argue for a developmental progression in children’s ability to develop LA, which is supported by Dekeyser (2003) and Lichtman (2013), who point out that older learners increasingly acquire language explicitly and thus have a greater potential for developing LA than younger learners. By referring to a study that follows minority students through primary and secondary school (age 6 to 16), Muñoz (2017) concludes, that older learners express LA to a greater extent than younger learners, which can be explained by the fact that teaching becomes more explicit as the learners grow old. Recent research thus stresses, that even young children at age 8 to 9 can and do develop LA, but that the development of LA depends on explicit instruction comprising deductive, form-focused activities (Bialystok, 2001; Bialystok et al., 2014; Bouffard & Sarkar, 2008; Tellier & Roehr-Brackin, 2017).

Despite the extensive use of the concept since 1984 and several operationalizations (see e.g. Daryai-Hansen, Drachmann & Meidell Sigsgaard, 2019; Drachmann, 2018; García, 2008; Krogager Andersen, forthcoming; Tarricone, 2011; Weskamp, 2001) a systematic empirical research comparing minority and majority student development of LA through plurilingual education across educational levels, is, to the best of our knowledge, still lacking. The project seeks to fill this gap and to contribute to the further theoretisation of the field of knowledge. Furthermore, the project aims to develop plurilingual education, focusing on the linguistic background of minority students as a resource (Auger, 2014; Cenoz, 2017; Holmen, 2019) and hereby contributing to reduce inequalities in increasingly linguistic heterogeneous societies and school contexts (see e.g. Thiijs & Verkuyten, 2014).

How is LA expressed and reflected in ethnographic interviews with minority and majority students in primary and secondary education, whose teaching was based on plurilingual education?

Our main hypotheses are that LA, given that the educational context represents exemplary practices, (a) can be developed at all educational levels and by both minority and majority students through plurilingual education, (b) manifests itself and can be communicated by the individual learners as communication practice and cognitive strategy in response to pedagogical strategies, revealing similarities and differences in respect to the learners’ age and linguistic ressources, (c) can be conceptualized based on systematic empirical research, (d) is not taken sufficiently into account in the Danish curriculum from this cross-curricular, cross-level and minority/majority perspective.

The Danish context provides useful data for the study, due to plurilingual education having been systematically implemented recently for the first time in Early English (taught from grade 1) and Early French and German (taught from grade 5) in the project Learning Foreign Languages at an Early Age – A New Approach with Emphasis on Plurilingualism(LFLEA, Daryai-Hansen & Albrechtsen, 2018). Furthermore, since 2005, the preparatory three-months cross-curricular course Almen Sprogforståelse (‘General Language Understanding’) has aimed to develop learners’ LA in the beginning of upper secondary education to ensure a common basis for and an introduction to the language subjects in upper secondary school (Andersen, 2004).

The project will establish a collaboration with an International Advisory Board representing leading international researchers within the field of plurilingual education:

The members of the IAB represent and will contribute to bring together several key theoretical approaches within the field and have curriculum expertise from different contexts.

The teaching materials developed in the project are in Danish.

Bildetema is part of the Norwegian online platform Tema Morsmål which contains resources and materials in a plethora oflanguages. Bildetema is a plurilingual, interactive visual dictionary with illustrations, text, sound and animations and contains around 1900 entries divided into 31 themes such as ”the weather” or ”sports.” Bildetema is run in cooperation between Norway, Sweden and Denmark and has Norwegian Bokmål, Norwegian Nynorsk, Swedish, Danish and Enlish as primary languages. Many different minority languages such as Arabic and Somali can be chosen  - up to 10 languages at a time.

The platform Norden i Skolen, administrated by Foreningen Norden, consists of teaching materials within the field of inter-comprehension between Scandinavian languages and Nordic cultures. The material, available in Danish, Faroese, Islandic, Norwegian (Bokmål and Nynorsk), Swedish and some minority languages, can be selected according to three main categories (‘language and culture’, ’history and society’, ‘climate and nature’), educational levels, language subjects, thematic areas, learning focuses and teaching activities.

The publication Plurilingual Guide: Implementing Critical Plurilingual Pedagogy in Language Education, published by the Plurilingual Lab at McGill University, consists of 10 tasks based on an inclusive critical plurilingual and pluricultural approach. The tasks are detailly described in a step-by-step guide and contains texts, links, and worksheets.

The CONBAT+ project has developed teaching materials within the field of plurilingual and intercultural education, which has an embedded CLIL approach and can be used with students aged 6-20. The material, available in English, French and Spanish, can be selected according to educational levels, thematic areas, subjects and language of instruction.

The EDiLiC Association has collected teaching materials within the field of plurilingual education from different projects in e.g., Austria, Canada, England, France, Germany, Luxemburg, Spain and Switzerland. The collection contains online activities and references to books dealing with the subject.

The European Language Portfolio, based on The Common European Framework of Reference for Languages, translated from Norwegian into Danish. The portfolio consists of a language passport, a language biography and a language folder, and serves to enable the student (age 6-12) to visualize and reflect on his/her acquisition processes.

The FREPA database, facilitated by the European Centre for Modern Languages, Council of Europe, consists of teaching materials within the field of plurilingual and intercultural education. The material, available in a wide range of languages, can be selected according to educational levels, thematic areas, type of pluralistic approach and language of instruction.

Research-based and in practice tested teaching material for English, French and German, which takes into account plurilingual education. The material, available in Danish, focuses on early language learning and consists of a language passport, a language portfolio and individual activities integrated within the teaching descriptions. All plurilingual activities come with an answer key.

Line Krogager Andersen, postdoc, Department for the Study of CultureUniversity of Southern Denmark

Digital series of talks on plurilingualism and interculturality, spring and autumn 2021 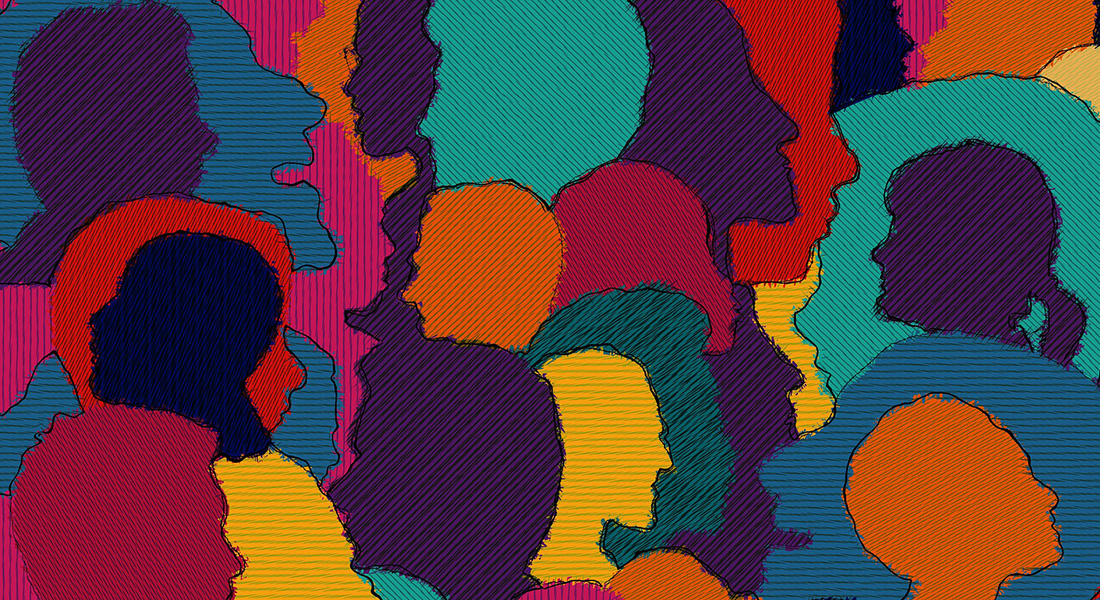 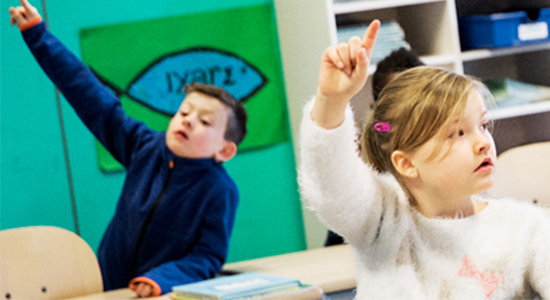 Natascha Drachmann holds a paper about the interim analysis results from her PhD project at the second language conference NORDAND.
MAR 2022

At the language teachers’ conference ‘New Paths to Languages’, Natascha Drachmann holds in collaboration with teachers from one of the project schools a workshop on plurilingual education.