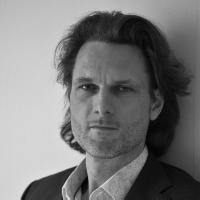 Christian Benne is currently full professor European Literature and Intellectual History (with a focus on German) at The University of Copenhagen. After his Abitur at the Thomasschule zu Leipzig (www.thomasschule.de), he studied German, English, linguistics, comparative literature, philosophy, French, and law at the Universities of Leipzig, Edinburgh, HU Berlin and FU Berlin (M.A., Humboldt University Berlin, 1998). He was a doctoral student at the Peter Szondi-Institute at Freie Universität Berlin and defended his Dr. phil. in Comparative Literature in 2004 (dissertation advisor: Gert Mattenklott) with “summa cum laude”. In 2016, he defended his Danish disputats (dr.phil. ≈ Habilitation) at The University of Copenhagen. He has worked as a full-time researcher and journalist at the BBC (1998-1999) and as a lecturer at The University of Southern Denmark (SDU) in Odense. He was tenured at SDU in 2005 and served as Head of the German Department from 2005-2014. He was made full professor of European Literature at SDU prior to being called to Copenhagen. He was a visiting scholar at Stanford University in 2009, a visiting professor at Chicago University (2011 and 2013), a guest professor at the Center for Material Text Cultures, University of Heidelberg (2013), and a guest professor at Meiji University (Tokyo) in 2013 and 2015. In 2014/15 and 2018/19 he was a fellow of the Morphomata Center for Advanced Studies (Cologne).

Christian Benne currently leads the research group Thinking the European Republic of Letters at the Centre for Modern European Studies at Copenhagen University (with Sabrina Ebbersmeyer); cf. https://cemes.ku.dk/research. He has previously led a research group on Literary Aesthetics (2013-15, SDU Odense).

Christian Benne serves as the current president of the Friedrich Schlegel-Gesellschaft (Mainz) and as deputy director of the Nietzsche Foundation (Naumburg). He is the co-editor of Orbis Litterarum – International Review of Literary Studies, the Athenäum – Jahrbuch der Friedrich Schlegel-Gesellschaft and of Nietzsche-Lektüren (Heidelberger Akademie der Wissenschaften). He is also a member on various scholarly boards and panels (Angermion. Yearbook for Anglo-German Literary Criticism, Intellectual History and Cultural Transfers, London; Nietzsche-Studien, Berlin; Cultura della modernità; Pisa; Schlegeliana, Paderborn; NIE-INE, Swiss national project on digital editions; graduate school for aesthetics, Paris-Lodron-University Salzburg) and an affiliated member of the Zentrum für Buchwissenschaft (LMU München). He is jury member for the Hans Christian Andersen-Prize (Odense) and served as German Honorary Consul on the island of Fyn from 2007-2015.

Christian Benne has been funded by the Danish Research Council (FKK), The Carlsberg Foundation, the EU (as host of several Marie Curie-Fellowships), and the Deutsche Forschungsgemeinschaft (DFG). He has been a fellow of the Morphomata International Center for Advanced Studies (Cologne) and the Japan Society for the Promotion of Science (JSPS).